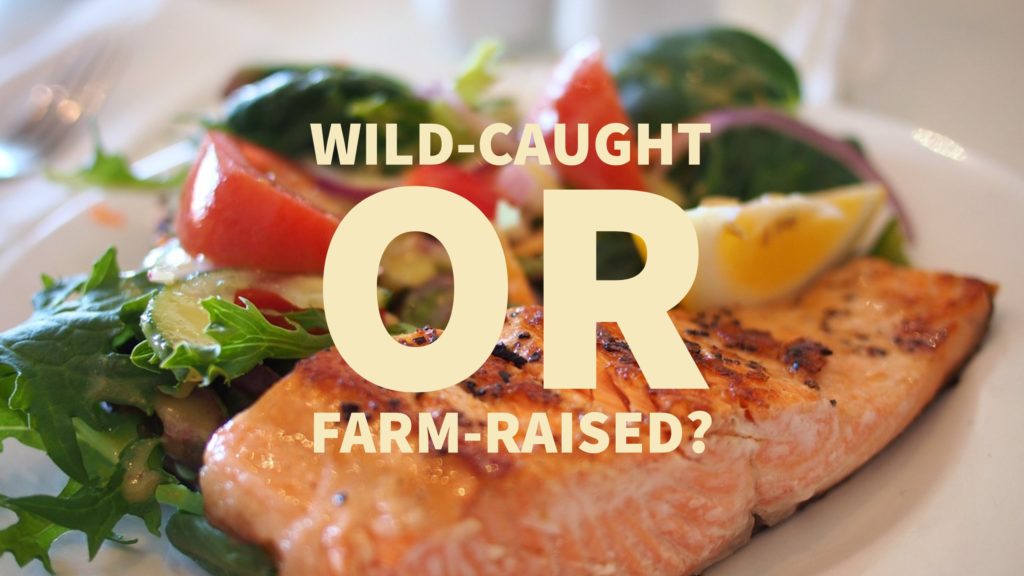 Let’s talk about fish today.
From conflicting sources, and across the internet, supportive as well as critiquing, whether wild-caught fish is better for us. Better, as in, higher quality, more nutritive, and less loaded with the chemicals we don’t want to put into our bodies.
The question is, is this true? Sure, it sounds good. But I took some time to dig up specific info and recommendations regarding wild-caught versus farm-raised.
You probably recall my message a few weeks ago about Omega-3s and the value that including fish in your diet has. Fish is high in protein and low in calories, cholesterol, and saturated fat. Some types of fish are also high in those omega-3 fatty acids, which have been found to reduce the risk of heart disease and stroke, as well as promote fetal brain development during pregnancy. (Salmon, lake trout, herring, sardines, and albacore tuna).
The Dietary Guidelines for Americans 2015 recommend that adults eat 8 ounces of fish a week. (Read more here: http://bit.ly/2aTmHle).
According to Mayo Clinic in this article, (http://mayocl.in/1OThvcQ), “Over the past several decades, however, concerns have arisen about the effects heavy metal contaminants (such as mercury), pollutants (such as polychlorinated biphenyls, PCBs), pesticides, fertilizers and even trash have on the safety of water and fish. The demand for certain types of fish and some fishing practices, such as bottom trolling, have taken their toll on the environment and the availability of fish.
While fish farming (known as aquaculture) has been in place for centuries, its popularity has exploded in recent years because of the above concerns and the continued high demand for fish.”
So, the big question still ensues: which fish is better?
And the answer is still “murky,” but here are some recommendations from Livestrong.com (http://bit.ly/24OUce1):
“Wild-caught choices that are high in omega-3 fats and low in mercury:
• Wild salmon (Pacific Northwest and Alaska)
• Halibut (Pacific)
• Anchovies (Adriatic Sea)
• Sardines (Pacific)
• Mackerel (Atlantic)
Wild-caught choices not as high in omega-3 fats, but still low in mercury:

• Tilapia from the U.S. or Ecuador (avoid imported from other countries)
• Arctic char (worldwide)
• Oysters (worldwide)
• Mussels (worldwide)
• Clams (worldwide)
• Rainbow trout (all, U.S.)
• Halibut (Atlantic)
• Coho salmon (worldwide)*
• Bay scallops (worldwide)
A note about salmon: Farmed Atlantic salmon (excluding coho salmon) are usually a bad choice. They’re higher in fat, calories and inflammatory omega-6 fats because of the grain-based diet they are often fed. But more and more sustainable salmon farmed in the U.S., Canada and Denmark are raised in recirculating aquaculture systems, which is much healthier.”
Are you ready to explore how you can optimize your nutrition habits and maximize your health, fitness, and overall wellness? I will be glad to discuss what creating a nutrition and/or exercise plan would look like for you according to your goals, lifestyle/schedule, and more! I pride myself on creating the best individualized program for you. Reach out – send an email or give a call – to have a chat about it!
Call Now Button